10 Reasons Drinking Red Wine Is Good For You. 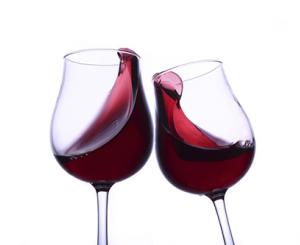 1. It reduces the risk heart attack

A long-term study published by the Harvard School of Public Health revealed that moderate drinkers suffering from high blood pressure are 30% less likely to have a heart attack than their non-drinking counterparts. One cardiologist at the Great Western Hospital in Swindon believes so strongly that red wine is good for the heart that he even hands out glasses on his rounds!

Too many glasses of the red stuff won’t do your vision any favours in the short term, but moderate consumption could help prevent cataracts in the long run, according to a 2003 study published in the journal Nature. The report found that moderate red wine drinkers were 32% less likely to develop cataracts than non-drinking participants, and 43% less likely than those who primarily drank beer.

4. It keeps colds at bay

Good news for fans of a winter warmer, a study published by the American Journal of Epidemiology suggests that people who drink red wine moderately but regularly are 44% less likely to fall victim to the common cold than those who don’t.

6. It cuts the risk of cancer

A 2005 study from Stony Brook University monitored more than 2,000 individuals over a four-year period and found that the moderate consumption of red wine cut the risk of colon cancer by 45%, while studies published by the International Journal of Cancer suggest drinking a glass of red wine every day can cut a man’s risk of prostate cancer in half.

Red wine has been shown to help improve memory function, and to help delay the onset of Alzheimer’s and other forms of dementia. According to a 2009 Wake Forest University study, participants aged 75 and older who consumed up to 2 glasses of wine per day had a 37% lower risk of developing dementia compared to non-drinkers.

A sweaty brow, red nose and under-eye bags are the most common skin side-effects of a night on the grape juice, but in moderation red wine can help improve the appearance of fine lines and wrinkles – and help slow down the skin’s aging process altogether – thanks to the variety of anti-oxidants it contains.

9. It reduces the risk of type 2 diabetes

Excessive alcohol consumption is often associated with diabetes – particularly with sugary drinks – but a 2005 study from VU University Amsterdam shows that moderate red wine drinkers have 30% less chance of developing type 2 diabetes than their non-drinking counterparts.

10. It protects your heart

Red wine tannins called procyanidins help protect against heart disease, according to a study by Queen Mary University, while an antioxidant compound called resveratrol helps to reduce the saturated fat that accumulates in arteries. Wines from Sardinia and southwest France tend to contain more of these helpful ingredients.